Between 1913 and 1916, The Boy Scouts of America published a series of 30 numbered black and white postcards showing scouting activities. The photographs used to produce the cards came from a variety of sources. Some appear to have come from Dan Beard's camp as he can be seen in his buckskin coat in a number of the pictures. A few images show Scouts in what appear to be foreign uniforms and kilts. Others show local troops. 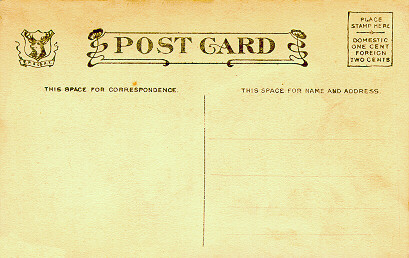 Schlesinger Brothers and Company of New York City did the printing. Their wide variety of postcards are all easily recognized by the unique decorative border around "Post Card" as well as by their distinctive logo in the form of a stag's head. 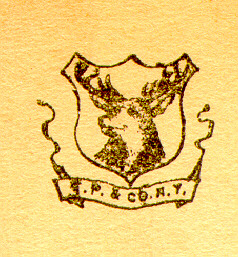 Each card has the wording "Official Boy Scout Post Card" above the picture and a number and hand lettered title at the bottom of the card.

The company produced three printings of the cards: the order in which they first appeared is unknown.

Type I - This printing has a blank back with no series number as shown above. It was produced some time before August, 1914.

Type II - These cards are marked in the lower left corner of the back: "Series No. 252 Auth. by Nat. Head. Boy Scouts of America." The series number was assigned by Schlesinger Brothers and had nothing to do with the Boy Scouts of America. This printing took place some time before September, 1915.

Type III - These cards are marked "SERIES 252" in approximately the same position as the markings for Type II.

At some time, most likely in the 1970's or 1980's, T. Fridy of Lancaster, PA. reprinted card #2. His copy was in the form of a "real photo" on Kodak paper. It does not have a Schlesinger Brothers back and the chance of confusing it with an original card is minimal.